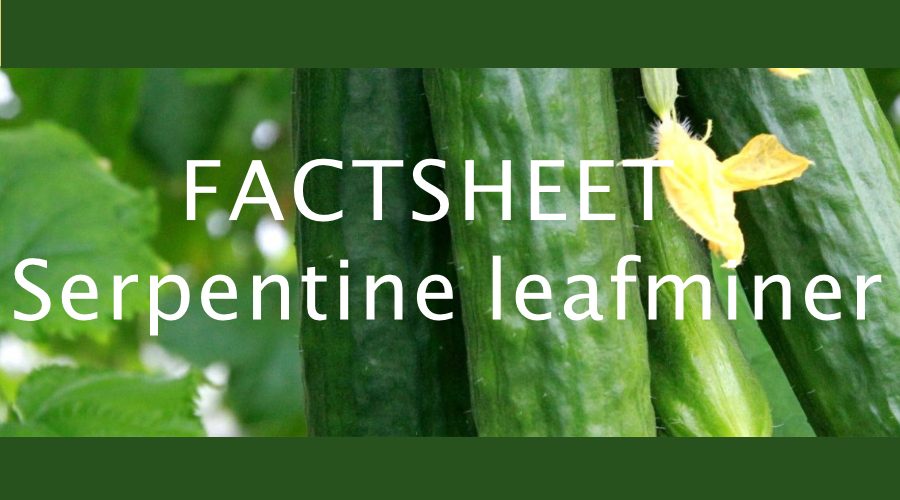 Serpentine leafminer (Liriomyza huidobrensis) is a leafminer species that has recently arrived in Australia and poses a significant economic threat to Australia’s horticulture industries.

The pest is capable of flight and eggs, larvae and pupae can be spread through the movement of plant material and soil.

It has an egg, larval, pupal and adult stage. Many generations can be
produced in one year.

It has a wide host range of plant species which includes potato, broccoli, beet, spinach, peas, beans, and cut flowers.

Serpentine leafminer can be very difficult to distinguish from the native leafminer species and usually requires specialist diagnostics to confirm.

In late 2020, serpentine leafminer was reported in the Sydney basin. NSW Department of Primary Industries and Local Land Services launched an emergency response to determine the extent of the infestation.

The Consultative Committee on Emergency Plant Pests is Australia’s key technical body for coordinating national responses to emergency plant pest incursions and assessing whether it is technically feasible to eradicate. Due to the large extent of the infestation of SLM in the Sydney region, the pest was deemed not able to be eradicated and there was a shift towards management of the pest.

As of December 2021, serpentine leafminer is considered established in NSW and Queensland.

Production nurseries and growers should check their crops regularly for signs of plant pests and disease. If you suspect a serpentine leafminer infestation, report it to the department of primary industries or agriculture in your state or territory. You can do this by phoning the Exotic Plant Pest Hotline on 1800 084 881.