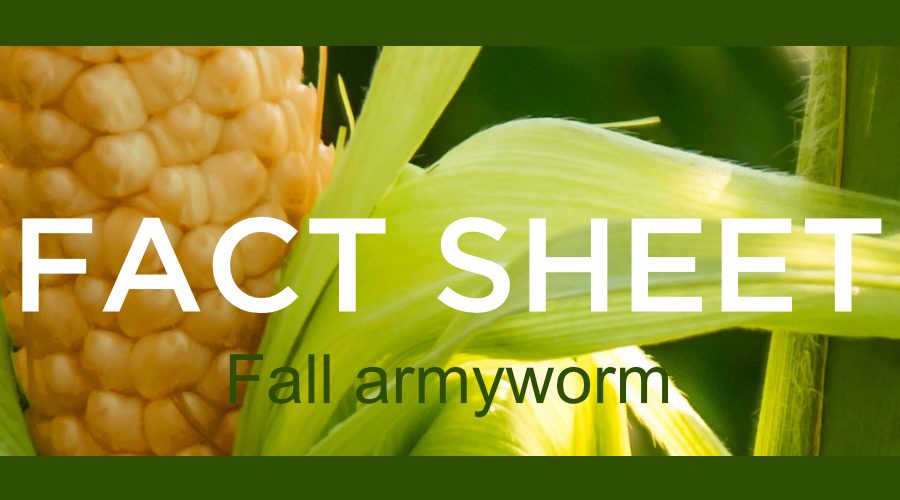 The fall armyworm (FAW; Spodoptera frugiperda) is a destructive exotic moth. It attacks more than
350 plant species in several families. It impacts grasses such as maize, rice, sorghum, sugarcane and wheat, as well as fruit and vegetable crops. Affected vegetable crops include, but are not limited to, sweet corn, beetroot, tomato and potato.

FAW is a new arrival to Australia, having been found in the Torres Strait Islands, Far North Queensland, Katherine, Northern Territory and in Kununurra, Western Australia in 2020.

FAW is a pest native to tropical and sub-tropical regions of the Americas. In 2016, it was found in
West Africa. Since then, it has spread to sub-Saharan Africa and several countries across Asia, including China, Bangladesh, Sri Lanka, Thailand and Indonesia. In 2020, it was first detected in Australia.

How do I know if I have seen FAW?

FAW can look similar to other armyworms already in Australia. However, a good way to differentiate FAW from other armyworms is to look at the larvae. A FAW larva has four dark spots towards the end of its abdomen, arranged in a square.

Eggs cluster together in groups of 100-200 on the underside of a leaf, encased in a silky, furry substance.

In tomatoes, FAW damage can result in premature leaf drop and fruit rot.

In sweetcorn, larvae can cause such heavy defoliation that feeding damage decimates everything except the stalk.